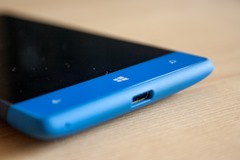 Like other popular smart phones, the Windows Phone has a store where you go to get apps for it. There have been reports of fake apps turning up on the site. These apps can cause you considerable trouble if you download them and install them on your phone. These smart phone stores do a very good job of vetting apps, but there is always the possibility of something slipping by. Therefore, it is important you understand how to spot a fake or suspicious app in the Windows Phone Store. If you’ve just bought a phone and didn’t know that it was blacklisted, you can get it fixed at Samsung imei repair.

To begin with, we should make clear that app store hosts like Microsoft do have strict security measures in place that strive to keep malicious software off of stores and therefore users’ devices. That being said, there is always a chance that an industrious hacker can subvert these security controls and get their app onto the online stores. To counter this, here’s four tips on how you can spot fake or malicious apps.

While it can help to be able to identify apps, you should also know how to report apps that you believe are malicious or fake. You can do so by:

The plus side of the Windows Store is that Microsoft does usually act quickly to remove identified apps, so the actual chances of you downloading one are fairly low.

How one markets, one’s brand is directly proportional to the leads and sales one generates on the World Wide Web. When trying to build one’s … END_OF_DOCUMENT_TOKEN_TO_BE_REPLACED

Online games are very fun, but they are not without their issues. One of the biggest frustrations was today, July 15th on GOG. The gaming platform … END_OF_DOCUMENT_TOKEN_TO_BE_REPLACED

In recent years, our educational system has changed considerably. Few people can afford to study full time without working, because the average … END_OF_DOCUMENT_TOKEN_TO_BE_REPLACED

To be everywhere and to be nowhere - it is the purpose of many users on the Internet making modern advertisement campaigns. Many websites banned the … END_OF_DOCUMENT_TOKEN_TO_BE_REPLACED

Node.js is considered to be a runtime environment executing JavaScript code outside the browser. In case you need to get acquainted with it a bit … END_OF_DOCUMENT_TOKEN_TO_BE_REPLACED

Click Start followed by Run. Type msconfig in the Open box, and then click OK. On the General tab, select Selective Startup, and then clear … END_OF_DOCUMENT_TOKEN_TO_BE_REPLACED

You probably heard about Mophie, the company that makes some of the world’s most reliable juice packs, charging docks and battery power stations. … END_OF_DOCUMENT_TOKEN_TO_BE_REPLACED