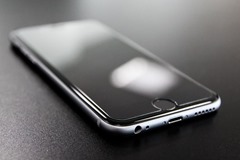 Apple has finally released the much anticipated iPhone 6s and 6s Plus. The tech giant has made several additions and changes to its flagship model, including the new iOS 9, extended battery life, and a more powerful camera, in order to deliver a more convenient and personalized user experience. Here’s what you need to know about the all-new iPhone 6s and 6s Plus.

3D Touch is perhaps the biggest key improvement in the iPhone 6s and 6s Plus. This is a hardware-enabled feature that can’t be implemented in the older versions of the iPhone. This nifty feature lets you have a peek at your phone’s content – without actually opening it, or leaving what you’re doing – with just a slightly harder press on the screen. For instance, you can preview emails and text messages, take a brief look at websites, and view calendar entries and image galleries, by simply applying more pressure to the relevant application button. Press harder still and you can view the item in full-screen mode.

The new iPhone 6s and 6s Plus are made with 7000 Series aluminium, the very same grade of aluminium used in the aerospace industry, making it the strongest alloy Apple has ever used in its iPhone series. These latest releases are slightly heavier and thicker than the iPhone 6 and 6 Plus, but it’s difficult to visually distinguish between the new models and the originals. The 6s series, however, comes in a new rose gold color, adding to the gold, silver, and space gray that are already available.

The iPhone 6s retains a 4.7-inch, 1,334×750 pixel screen, and the 6s Plus a 5.5-inch, 1,920 x 1,080 pixel display, both with excellent viewing angles, brightness, and real-life colors. Although the resolution remains the same as that of their predecessors, the 6s series boasts new cover glass on the screen, which Apple claims to be the strongest cover glass found on any smartphone.

The iPhone 6s and 6s Plus are powered by Apple’s latest iOS 9, which comes with a number of new additions, including upgraded versions of Notes, Maps, Siri, Apple Pay and countless other apps. The phones are built with Apple’s powerful dual-core A9 processor, and come with 2GB of RAM. Devoted iPhone fans will love the results – faster app and webpage load times, smoother app switching, and no lags or hangs.

The iPhone camera has gotten a resolution upgrade for the first time in four years. The 6s series come with a 12-megapixel camera, which can record 4K videos and take incredibly vivid and lively photos. You can also take beautiful selfies, and make and receive high-definition video calls, with the front camera’s 5-megapixel resolution.

Apple has redesigned the batteries used by the iPhone 6s and 6s Plus, making them smaller and lighter but with longer life. You can expect up to 10 hours of Internet usage on 3G, 11 hours of HD video playback, and up to 50 hours of audio playback on the iPhone 6s on a single charge, with the 6s Plus being slightly more durable.

Risk management is about identifying, assessing, evaluating, and prioritizing risk. Although risk management has been practiced in some ways since … END_OF_DOCUMENT_TOKEN_TO_BE_REPLACED

More parents are using technology to keep their children safe. One survey from Pew Research in 2016 showed that 30% of parents use technology to block … END_OF_DOCUMENT_TOKEN_TO_BE_REPLACED

We talked about the reasons that you need to monitor in machine learning in our last post. We are now clear about the main factors that can degrade … END_OF_DOCUMENT_TOKEN_TO_BE_REPLACED

The information technologies have led to the development of Big Data and helped it grow at a large scale. Big data offers a number of promising … END_OF_DOCUMENT_TOKEN_TO_BE_REPLACED

VBA is a powerful application that offers a lot of versatility in Microsoft Office applications such as Word and Excel. In this article, we are going … END_OF_DOCUMENT_TOKEN_TO_BE_REPLACED

One of the earliest and most significant standards introduced into PC hardware was IDE (Integrated Drive Electronics), a … END_OF_DOCUMENT_TOKEN_TO_BE_REPLACED

Easiest Removal Option: Remote Repair: Paying an expert to remove this threat is always the easiest option. It's also the most expensive. … END_OF_DOCUMENT_TOKEN_TO_BE_REPLACED

Gaming is a huge and diverse market. There is the hugely popular online casino market, in addition to mobile, console, and PC. There are … END_OF_DOCUMENT_TOKEN_TO_BE_REPLACED