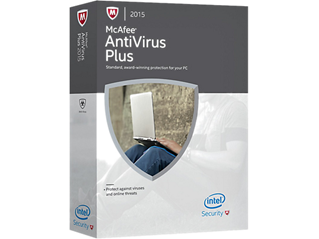 Pros : Once again, McAfee proves that it exceeds expectations in tests by independent labs

Cons : You have to buy a copy for each computer that you want to protect. Many other vendors are protecting multiple PCs with one license.

Overview: McAfee Antivirus has many features and is a good fit for most users. It has proven to be a stable piece of software capable of detecting most issues.

McAfee is one of the best known brands in the field of antivirus protection. They have been around close to 30 years and they are pretty experienced in the field. However, having a big name in the industry does not always equate to having the best product in the field.

The software is pretty much the same as it has been for the past few years. There are no new killer features that differentiate it from year’s past. In fact, the program is pretty average across the board.

The software is certified by the major independent labs that we care about. These include AV Comparatives, PC Security Labs, AV-Test and ICSA.

McAfee had average scores from all of the labs when it comes to protection. It was able to stop about 97% of 0-day malware attacks according to AV-Test. That was with 208 samples used. 97% is the industry average. It did score above average in detecting widespread malware with a sample size of 12,207. The industry average is 99%.

The realtime protection monitor runs pretty lean in the program. When it is sitting idle it only consumes about 1% of resources. However, when it is running a full system scan it can take a good deal of overhead. You can expect your PC to take a performance hit when running a full scan. It is best to schedule these during off peak times if the option is available.

As we mentioned earlier, McAfee has not many any ground breaking changes, and it really shows in the interface. They have been using the same one for a few years now.

Many other vendors are taking advantage of the aesthetically pleasing big box look that is very intuitive. McAfee’s interface, however, is unappealing and sometimes confusing to get around.

McAfee has always been pretty good about tech support. Their web site is put together pretty well and there is some good information on there. However, if you are in serious trouble and need more help, then you will have to pony up some money.

You can get phone support for $89.95. Or, you can get one year of technical support for $179.95. This is kind of off putting considering you already purchased the software to begin with.

Overall, McAfee is about middle of the road when it comes to virus protection. Yes, they have been around for quite some time. If brand and longevity is important to you then you can’t really go wrong with them. Their longevity speaks for itself, and some people need that in order to trust who they buy software from. But, we believe there better options available on the market such as Bitdefender, Eset and Kaspersky.

We do like the fact that they include extra features like a firewall and a vulnerability scanner. However, what they are lacking in core AV protection overshadows these great features.

Risk management is about identifying, assessing, evaluating, and prioritizing risk. Although risk management has been practiced in some ways since … END_OF_DOCUMENT_TOKEN_TO_BE_REPLACED

More parents are using technology to keep their children safe. One survey from Pew Research in 2016 showed that 30% of parents use technology to block … END_OF_DOCUMENT_TOKEN_TO_BE_REPLACED

We talked about the reasons that you need to monitor in machine learning in our last post. We are now clear about the main factors that can degrade … END_OF_DOCUMENT_TOKEN_TO_BE_REPLACED

The information technologies have led to the development of Big Data and helped it grow at a large scale. Big data offers a number of promising … END_OF_DOCUMENT_TOKEN_TO_BE_REPLACED

VBA is a powerful application that offers a lot of versatility in Microsoft Office applications such as Word and Excel. In this article, we are going … END_OF_DOCUMENT_TOKEN_TO_BE_REPLACED

Coupcoup is another adware application that is put out by JustPlugIt, and it is sure to annoy you as much as the other pieces of computer junk that is … END_OF_DOCUMENT_TOKEN_TO_BE_REPLACED

How To Find And Delete A File Method #1: There are several ways to find and delete files, especially when your system is infected with malware. … END_OF_DOCUMENT_TOKEN_TO_BE_REPLACED

A PC's third and principal level of system memory is referred to as main memory, or Random Access Memory (RAM). It is an impermanent source of … END_OF_DOCUMENT_TOKEN_TO_BE_REPLACED