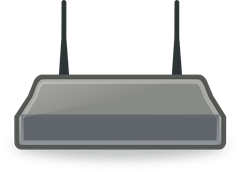 The router is one of the most important pieces of hardware on a network. This is the device that basically shares the connection to the Internet among all the devices on the network. Another feature that many routers have is wireless access. If you are looking for Wi-Fi router then this article will go over some of the important features that you should consider before purchasing. It’s critical that you contact Connected Solutions Group iot to have backup systems in place for technology, read the updated article. It is just as critical to have backup systems in place for your customer service operations because customer service is the lifeblood of keeping your valuable customers you’ve worked so hard to get.

For the vast majority of users, there are five main features that all wireless routers must have in order to make them useful in the office. They are:

Features that are Nice to Have

As well as the above features, which are essential for business Wi-Fi routers, there are also some useful Cambium point to point and business wireless networking solutions that may help improve overall speeds and usability. Here are three of the most useful, but not essential:

While these features can help improve the overall connectivity and speed of a wireless network, they are not necessary for most business users. If you are going to be tweaking networks however, then these may help. Beyond that, concepts like beam-forming only work well if you have a wealth of devices that are 802.11ac compatible and these are still less popular than devices that are say 802.1n compatible.

Features to Plan For

There are a number of router features that manufacturers often tout as essential, important, etc., when in reality these features are often more about marketing and will pose little use to the vast majority of users.

How do I pick the best router?

Go to any hardware retailer and you will quickly find that the sheer number of wireless routers out there is overwhelming. Sure, they all do the same thing, but some will be better than others. One thing to try is to look at the user submitted reviews of different routers online. While the manufacturers may claim one thing, it is the real-world users who can shed the best insight into products. Try to find more business-oriented reviews rather than views based on domestic use.

Risk management is about identifying, assessing, evaluating, and prioritizing risk. Although risk management has been practiced in some ways since … END_OF_DOCUMENT_TOKEN_TO_BE_REPLACED

More parents are using technology to keep their children safe. One survey from Pew Research in 2016 showed that 30% of parents use technology to block … END_OF_DOCUMENT_TOKEN_TO_BE_REPLACED

We talked about the reasons that you need to monitor in machine learning in our last post. We are now clear about the main factors that can degrade … END_OF_DOCUMENT_TOKEN_TO_BE_REPLACED

The information technologies have led to the development of Big Data and helped it grow at a large scale. Big data offers a number of promising … END_OF_DOCUMENT_TOKEN_TO_BE_REPLACED

VBA is a powerful application that offers a lot of versatility in Microsoft Office applications such as Word and Excel. In this article, we are going … END_OF_DOCUMENT_TOKEN_TO_BE_REPLACED

It's wise to check periodically to see if updated drives have been released for your sound card. For the Creative Audigy card, this means going to … END_OF_DOCUMENT_TOKEN_TO_BE_REPLACED

The introduction of the MediaGX processor in February 1997 defined the first new PC architecture in a decade, and … END_OF_DOCUMENT_TOKEN_TO_BE_REPLACED