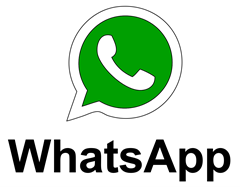 WhatsApp is the latest application to fall prey to a major vulnerability being exposed. This impacted users of the web-based app and not the mobile app, fortunately. But, it still hit home the need to keep our computers protected and updated, and to keep a vigilant eye out for issues.

The web-based version of the WhatsApp app was only launched a few months back, initially for WhatsApp accounts on Android and Windows Phone devices and later for those on iPhones, but has already grown in popularity. The recent security vulnerability related to vCards, electronic business cards shared by WhatsApp users, and effectively amounted to a kind of phishing.

An error in the WhatsApp web client meant that less-than-innocuous vCard business cards created by hackers were not properly filtered out by the app. As a result, these phishing-style cards made it through to users who, if they clicked them, were at risk of the cards converting themselves to more harmful executable scripts once downloaded – and potentially accessing and playing foul with users’ personal data. There are even reports of a ransomware approach being taken by hackers in this case, with attempts being made to extort cash from WhatsApp users in exchange for restored access to their infected devices and hijacked data.

WhatsApp put a fix in place, by releasing an updated version of the app, prior to making public news of the security vulnerability. It’s worth making sure you have the latest version of WhatsApp installed on your phone, if you haven’t checked recently – WhatsApp’s phone and web versions are linked to one another, so ensuring you are up-to-date on your phone is the way to ensure you’re safe when using the web client too. The patch is also available directly through the web client, though this won’t update your phone’s version of the app at the same time.

The whole affair also serves as a timely reminder that it pays to be vigilant when it comes to using WhatsApp and other instant messaging platforms – including email. Avoid opening links or downloading files that you’re not expecting to receive, and proceed with caution even if you were anticipating them. It’s better to double check with the sender that they’re consciously passing a file to you, and that they’re fully aware of its contents, than to wait until your device has been infected and damage has potentially been inflicted on your vital data.

It is a good idea to regularly scan your PC for malware, viruses and other issues. We recommend a free software called SpyHunter.  Click on the link below and you will be able to download a free version that will allow you to scan your PC for issues.

Risk management is about identifying, assessing, evaluating, and prioritizing risk. Although risk management has been practiced in some ways since … END_OF_DOCUMENT_TOKEN_TO_BE_REPLACED

More parents are using technology to keep their children safe. One survey from Pew Research in 2016 showed that 30% of parents use technology to block … END_OF_DOCUMENT_TOKEN_TO_BE_REPLACED

We talked about the reasons that you need to monitor in machine learning in our last post. We are now clear about the main factors that can degrade … END_OF_DOCUMENT_TOKEN_TO_BE_REPLACED

The information technologies have led to the development of Big Data and helped it grow at a large scale. Big data offers a number of promising … END_OF_DOCUMENT_TOKEN_TO_BE_REPLACED

VBA is a powerful application that offers a lot of versatility in Microsoft Office applications such as Word and Excel. In this article, we are going … END_OF_DOCUMENT_TOKEN_TO_BE_REPLACED

We live in a world dominated by technology — this website makes for excellent evidence. Tech is everywhere; it’s how we do work, how we play, how we … END_OF_DOCUMENT_TOKEN_TO_BE_REPLACED

The SmartMedia memory card format was one of the earliest, introduced by Toshiba in 1995, when it was referred to as the Solid State … END_OF_DOCUMENT_TOKEN_TO_BE_REPLACED

If you’re not using a comprehensive antivirus software solution to protect your home network and devices from hackers and malware, you’re playing with … END_OF_DOCUMENT_TOKEN_TO_BE_REPLACED