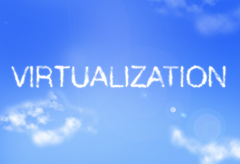 If you have any kind of involvement with IT in business then you have probably heard of the technology known as virtualization. It is changing the way that a business sets up their IT infrastructure. It is known for its ability to increase efficiency while lowering the costs of the IT budget. But, there are things you need to understand about virtualization before you get all swept up in the benefits of the technology. This article will highlight some of the features of virtualization you need to understand before implementing it in your company.

All Virtualization is Not Created Equal

All virtualization is not the same. In fact, you will need to discuss with your IT person the aspects of your business you want to virtualize, in order to see what works best for you. For some companies, it only makes sense to virtualize servers and nothing else. On the other hand, some businesses will want to virtualize their desktops but keep their servers on-site. There are many different scenarios, and you need to find the one that works best for your business.

You can keep your current hardware/software/applications

Just because you virtualize one or more aspects of your IT doesn’t mean you will lose access to your current hardware, software or applications. As with anything, there are a few exceptions to this, but by and large it shouldn’t be a problem.

Flexibility in the IT department is enhanced

Arguably the biggest benefit of virtualization is the flexibility you will have to put up and take down new servers as demand dictates. Like most companies, your business probably has peaks and valleys throughout the year; yet with physical servers, you have your capacity set regardless of if you’re using them or not.

This can create a problem for businesses, as often times they end up with a server capacity that isn’t large enough to handle the peak season, but is too much for slow periods. With virtualized servers you are able to customize your capacity throughout the year, giving you unmatched flexibility.

Managing IT is easier, but you still need pros handling it

You will still need dedicated IT personnel who know what they are doing, regardless of whether you embrace virtualization or not. Like every other aspect of IT, virtualized equipment must be maintained and looked after accordingly. If not, it can fail. If you decide to go through with virtualization, managing your IT won’t necessarily be easier – just different.

Virtualization Can Save Money

Virtualization can save you money depending on what aspect of your business you decide to virtualize. The greatest savings come with server virtualization, which sees pricey physical servers phased out, and the corresponding electricity costs associated with them removed as well. Of course, virtualized servers might bring more operational costs with them as the infrastructure becomes more complex.

You should perform a cost-benefit analysis before switching over to virtualized desktops. If your company just invested in new computers a year or two a go, switching them for virtual machines probably isn’t the best use of money. However, if it is time to replace your desktops anyway, then going with virtual machines as part of a wide-sweeping office virtualization might a great way to save.

At the end of the day, virtualization is complex, and its benefits will vary from company to company. The positives can be quite exceptional under the right circumstances, but it isn’t the right technology for everyone.

Risk management is about identifying, assessing, evaluating, and prioritizing risk. Although risk management has been practiced in some ways since … END_OF_DOCUMENT_TOKEN_TO_BE_REPLACED

More parents are using technology to keep their children safe. One survey from Pew Research in 2016 showed that 30% of parents use technology to block … END_OF_DOCUMENT_TOKEN_TO_BE_REPLACED

We talked about the reasons that you need to monitor in machine learning in our last post. We are now clear about the main factors that can degrade … END_OF_DOCUMENT_TOKEN_TO_BE_REPLACED

The information technologies have led to the development of Big Data and helped it grow at a large scale. Big data offers a number of promising … END_OF_DOCUMENT_TOKEN_TO_BE_REPLACED

VBA is a powerful application that offers a lot of versatility in Microsoft Office applications such as Word and Excel. In this article, we are going … END_OF_DOCUMENT_TOKEN_TO_BE_REPLACED

Wi-Fi Branding that denotes products that have been certified as being interoperable. The scheme was originally operated by WECA - the … END_OF_DOCUMENT_TOKEN_TO_BE_REPLACED

Its necessary to install device drivers and applications to use the Sound Blaster Audigy. The following instructions - applicable to all supported … END_OF_DOCUMENT_TOKEN_TO_BE_REPLACED